Another Part of my 89 years 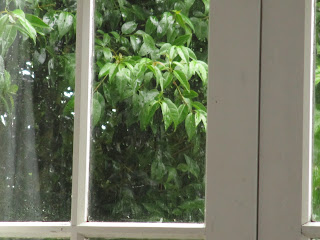 Just a little heeding to you good people out there as regards operations.
I am well aware circumstances differ in many ranges, but I thought I
would run you through a few things I went through that unfortunately
could I believe gone much better if only I had been told about them.
I use to catheterise  myself but  it became too restricted so I got a leg bag
fitted. Then my Surgeon suggested a super cather but unfortunately I was
not fully briefed as to what involved closing to 90 years of age.
Yes, I was told it would more comfortable than having it in my penus but
what I wasn’t told that could possibly be a long leak from my penus, and I
would have to be wearing nappies. I was told that I would be given two
months supply, and that would remain constant. But it didn’t work that
as I found myself using more, then I would have to pay for them out of my
pension. $26 a packet. And the leg bags over twenty. Your are supposed
to change the leg bags every fortnight. Well not changing the leg bags
for two weeks did not seek all that hygienic so I decided to pay exter
and fit one a week. In the States my Surgeon  told me they change
them every day. That I could well believe without making any comment.
The Surgeon said you can ring my secretary and she can supply them at
at good price. That did not impress me.
But I was told that three to six months the water should cease flowing.
Around two years I am still getting leaks. Some quite heavy. But when
there not really interested anymore as it close to my time to leave the
the planet what’s the point of making a fuss of the past as I’m in home
now and am very kindly supplied with what I need.

This is just a kindly warning for people to check as well as they can
before, it’s too late to save them from what could be unnecessary
compilations. I am well aware that surgeons and so forth are under
great pressure, and they provide a wonderful service to humanity,
but please remember they are only human beings at the end of
day. There is no miraculously cures like when Jesus was on earth, and
if we could be told the truth  best as Surgeons and professional can.
That way we at  at least we can work together a hell of a lot better.
None of us are going to get out of this world alive, so let's live it up as best
we can, and as honest s we can.
While I’m on the subject I got a letter from the Hospital to attend I
presume to have my waters works checked out. They give you little
details on the form.
Anyway, about four days before I was due to go in the head nurse
in that department rang me in the morning and said there had been a
mix up, there is no need to come. I will ring you a little later and explain
it to you. Well I’m stall waiting. What kind of medical edicts would you
call that I will leave it for you to decide.

Now while life is still pumping around in me even though I have no idea
for what real purpose,   I may as well drift away and leave it
to The Good Lord to sort it out, because in the end who else but Him can.

Because I knew so little about my Father I thought I would write to the
Wesley College in Dublin to see if they could look through their Archives
to see how he feared at the College. Something to share with my family,
and grandchildren.
Unfortunately my father found the bottle hard to resist, and we had a tough time as a family growing up. I got little or no education as we moved nine times
because Da was not keen on paying the rent, Mind you even though my father gave me a hell of a time I bear no animosity of any kind against him

After getting away from him thanks to the R.A.F. in 1947 I had a wonderful time. I couldn’t get a trade because of my lack of education, but was very grateful to be taken on as fit to apply myself for General Duties.

When I returned home after two and a half years travelling around parts of the
Middle East, and arrived home to be greeted by my family, my was stand at the
front door of a house the family were renting, and I went I went up to my
father and put my arms around him. I could see a few tears in his eyes, and that
was a momentous moment for me. Drink can be any man’s curse, but for the Irish it is something beyond the beyond.

As my my father told me nothing about his growing up years I am looking to see if someone can pull something out of the Archives for a sense of satisfaction I was
denied growing up. As I am not a person who is not inclined to think outside the
scope, but more deeply inside of it. This is the reason why it came to mind to
write to you. The old saying in my days was little boys were to be seen and not heard. What a fallacy that turned out to be.My children and my grandchildren
know as much as they can take in about me. The rest as it occurs to them. Yes, I do use a certain amount of discretion just in case they're not altogether with the ball play. But in most cases they're clever  enough enough to find a way to
pick up my meanings. So I have given them another way of how to express themselves, and that gives them a sense of excitement and good feeling.
That is one of the most important gifts you can give to your children, or anyone
else. A sense of good feeling in themselves.
Amazing things have happened in my life since I left my marriage. And it was only for peace, and to see what I was made of. And that was at 60 years of age. I have written a book about part of my life, and the rest so far I put on my blog. By the way, I’m am not trying to sell anything, just to let you know. Maybe a class might get something out of it. No matter how far you might be left behind
in the raw, a new beginning is always around the corner. Like many others I proved that to myself.
Years ago I was just about always putting myself down and inadequate when it
came to filling in forms and so on. Now I don’t mind telling people I can’t spell
a word if I can't get it on spell check or otherwise would you be would you be kind enough to to help me. I really believe to be honest may put a smudge on your face, but it’s washed a lie away forever.

Now You will need something to go on, so I will give you what details I have in
hand.
My father’s name was Major Kanda Robinson. He was born 5-Feb 1894. He became a motor consulting Engineer. He served in the First World War in the R.A.F. but he never told the family anything about it except he was shot down in an Airship patrolling for German Submarines. He came home on leave. While he was home the 1916 rebellion War broke out and he took to driving an ambulance to help the wounded to hospital. I was told that he got the O.B.E.
for helping out. I tried to find about this but deaf ears became the order of the
day. I feel deep in my bones I saw it once, but can’t be sure. Also when he was
drunk he mentioned that he was a champion boxer in some division in your College.

I did did attend your College for a very short period for the simple reason that
my father would not pay the fees. That’s what my mother told me. Mind you
it was very embarrassing for me since I had little or no education. I stood out like a sore thumb. and felt so inadequate. And to add to it my mother said I was
not to attend morning prayers in the hall. Poor mother she like so many others
was so indoctrinated by the Catholic Church at that particular time. Thank God
she died knowing better.
If you can please give me any information I would be very grateful.

My name is Terence F Robinson, but I call myself Terry.
My email***spiritualirishterry@gmail.com
Yours sincerely
Terry F Robinson

that's all I have to offer for this time.
Hope some of you find a thread here
or there that might be useful.
Happy days I pray ahead.
Terry
Posted by Unknown at 21:32:00 No comments: