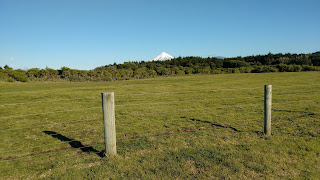 Well here I am back again for another punch at life after spending 5 days
in hospital. Mind you that's going back about nine weeks.
I was staying with a friend when I went in with the stomach problem
that’s been a source of trouble for me for many years, just that this time
with catheter problems I was forced to call the ambulance because of the
pain.
Well I won’t go into the uncomfortable time I spent there because of the
lack of sleep, and my very uncomfortable stomach pain Grant you the
doctors, staff and food I had nothing to complain about, but they could
not find the source of my problem, They could ease it at times, but not
find the real problem. So after four days I thought I had a better chance of
coping with it at home.
I talked with my friend who I was staying with, and he also agreed that
my problems needed far more attention than he with his own at 80 years
would be capable of giving me.
So with my daughter's help, and the powers to be, I managed to get into
Greenvalley Rest home.
During the four days  that I'd been there I was  well looked after.
Of course I’ve had to make some adjustments because of the continuing
pain in my stomach, and other things looming up which is only natural
But what can one do but plug on as best one can, but as I’ve said before
anything is better than nothing.
It’s certainly amazing how you have to cope with age. One moment your
very much capable of looking after yourself, then you hit that line of
living where you need a lot more help than you ever really considered
that was going to be on the cards for you. And that of course is again very
natural, but learning to try and deal with it becomes a very different story.
And I'm sure those of you who have reached where I am coming from will
say what's new. Well I guess the point I am trying to make here is what
kind of adjustments do I have to try and wove together to face this new
lifestyle that awaits my ageing body. And I am well aware it will be quite
different for those of us who are in their own type of situation.


So I have decided to deal as best I can with the different circumstances that
arise from time to time, and spell them out to you for your observation,
so both young and old may find some kind of a use for, at any given time In
your lives. I fully believe life hold little value for those of us who can’t
express something to share with others what kind of meaning of what  life
holds for us. Those bridges we should have burned, or the ones we should
have crossed.


Because I won’t have a great deal to talk about where I’m now living, I
will be sticking in parts of the book I wrote called (A Walk With A Irishman)
It will be interesting for me to see what comes to mind from where I am
today because it will have all sorts of encircled differences that will that
may or make sense to only myself and to those who are prepared to look
deeply into them with a sense of humor, joined by a sense of simplicity
because I believe these two factors touch our hearts where we most need
it to be touched. Getting  too serious about the general things come your
doesn't   leave much to lean back on when you need it most.


Now I am going to start this issue page nine in my book because this
was the real turning point in my young life.
By the age of six I was to witness a big change in my father. As it was
there was what I call real affection coming from him. Fear would be
what you'd call a closer call. And I young as I was could feel the gulf
between us becoming wider day by day. The affection that many fathers
express towards their children was to pass me by. Dad turned to heavy
drinking, whiskey being his constant companion. Life was becoming hell
for both my mother and me. I would hear her piercing screams as he
as he used his hands on her. Somethings I would dig myself in under the
blankets in an attempt to drown them out, crying out to God to stop him.


And what caused the fly in the ointment? You won’t be too surprised to
know it was religion. That man-made serpent that God sent us to free
ourselves from. Well looking back I can now see God didn’t send it, man
obviously created it, then blamed God. As God Himself said. The truth
lies within ourselves if we take the time and the effort to look for it.


My mother began locking herself in their room when my father became
violent. Usually three quarters of a large bottle of whisky would set him
off. There was never a shortage of money when it came to buying whisky.
I well remember braking one of the Ten Commandments by stealing a
penny off the mantelpiece to buy sweets and being caught by my father.
He took me into his bedroom, tied me to the bed post, and thrashed me
with a belt until my mother intervened. He was sober then. Anyway that
beating gave me food for thought. I knew I’d have to be a lot more careful
next time. But on the other side of that coin we never seem to repent till
someone has the loving or maybe unloving ability to show us how.


I will just add a few comments as I wind up this blog for this issue
because I am trying to get back into it again due to time catching up
with me.
I often thought it strange that I can only remember things about my
life till I was 6 years old. Even as I am today I can still remember a lot
about my life. I don’t worry about it, just find it very strange. But I am
very grateful for being able to remember so many things that did occur
in my past. That helped me to put my book together. And I am still amazed
that even more things come back to me at different times. I feel in some
way by changing my life around that it allowed my brain, heart and soul
to be freed from the bondage that I had in some way allowed itself to
take over a large amount of things I was well capable of dealing with
Myself. But I will admit not getting a reasonable start at life can hold
you back as my book spells out.
Anyway I will leave it at that till next time and hope there is a flicker of
light for you to ponder over in what I’ve said. And happy hunting to
those of you who are prepared to seek it. God Bless.
Terry.
Posted by Unknown at 17:28:00 No comments: