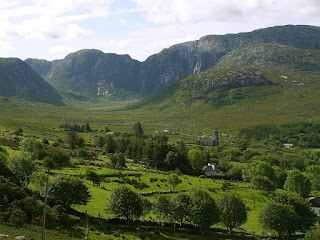 I have decided to change course again like any good navigator does when he considers his options. Mine being one of aging health, and dollar bills. I did state that I was going to put a book together on a cheap scale, but have thought better about that so I will just continue with my blog with anything that takes my fancy. Some of what you read about may be repeated items, but may be a tune up won’t go astray. At the very least I’m still providing you with series of what I believe are reasonable moments of humanity not worn smooth by routine. Yes, I no doubt will be stumbling as my mind is taken up with different tastes. But you having one of your own can push aside what shadows or clouds I may form, and let the sun’s rays of your own mind create version.

I am going to start off with an article I may have presented to you before because I believe it stands out on its own without any shadow of doubt.
It was written by a man named Zinker: He says;
If a man in the street were to pursue his self, what kind of guiding thoughts would he come up with about changing his existence? He would perhaps discover that his brain is not yet dead, that his body is not dried up, and no matter where he is right now, he is still the creator of his own destiny. He can change this destiny by taking his one decision to change seriously, by fighting his petty resistances against change and fear, by learning more about his mind, by trying out behavior which fills his real need, by carrying out concrete acts rather than conceptualizing about them, by practicing to see and hear and touch and feel as he has never before used these senses, by creating something with his own hands without demanding perfection, by thinking out ways in which he behaves in a self defeating manner, by listening to the words that he utters to his wife, his kids, and his friends, by listening to himself, by listening to the words and looking into the eyes of those who speak to him, by learning to respect the process of his own creative encounters and by having faith that will get him somewhere soon..
We must remind ourselves, however, that no change takes place without working hard and without getting your hands dirty. There are no formulae and no books to memorize on becoming. I only know this: I exist, I am, I am here, I am becoming, I make my life and no one else makes it for me. I must face my own shortcomings, mistakes, transgressions. No one can suffer my non-being as I do, but tomorrow is another day, and I must decide to leave my bed and live again. And if I fail, I don’t have the comfort of blaming you or life or God

That’s a real awakening call in my estimation. And very fortunately for me I was able to respond to it with the great help of God Himself. How or why really doesn’t come into the picture, it’s more about your willingness  to change from the dark side of the street, to far brighter side, that lifts you out to a more fertile landscape that’s always been waiting there to accept you. It is only in the process of defining yourself, you slowly become who you really are.

Now, I am going to give you what you might call a bit of my ego.
I found a page of something some had written to me, or about me while I was getting rid of a lot of stuff I had written a while back. Trying hard to leave as little as possible around for my daughter to clean up when I move on.
Anyway, here is part of a letter I received from a lady whom my book touched in some way. I will let you decide what kind of a meaning it has for you.
Terry Robinson is the author of A Walk With An Irishman. It was this book which provided me with a sort of a lifeline to sanity a matter of nights ago. Those of you who know me, know that the last few years-2009 in particular have been rough ones for me. God only knows I have bitched about and moaned about things enough to fill a balloon with hot-(hopefully this balloon would not be one belonging to the horrible Heene “I want my 15 minutes of fame to turn into an hour” parents!) This is one aspect of my personality I hope to change and work on immediately-and this desire to change in a positive manner came from reading Terry’s book. Thanks by the way to those of you who have stood by me through my various meltdowns-this past year especially! Good thing I’m not a nuclear reactor eh? I woulda Chernobyl'd  us all by now?

A Walk With An Irishman is about Terry’s life. One might think -ok a book book about one of us regular workaday people with no murders, no vast accumulations of fort fortunes gained and and lost etcetera-how interesting could that be? My answer-extremely interesting! Terry Robinson has a great gift-a way-of talking about the events and people in his life that makes you want to turn the next page.

Terry had a breakdown at the age of 55 that lasted quite some time. But what he couldn’t have imagined at this point in his life-this nadir and bottomless pit of hopelessness, was that he was to emerge like the mythical Phoenix triumphantly  after a series of globetrotting adventures. Terry describes perfectly the way I was feeling a matter of nights (and well into the early am) ago. That night I was in a state of desperation. getting the paperwork together for my disability case was turning into something that felt like being in a Woody Allen movie directed by David Lynch! I don’t know how many of you will have seen “Inland Empire”-but at one point when I was talking to one of the people who were supposed to help me I wouldn’t have been surprised if the soundtrack to the movie started in the background along with the dancing girls and rabbits. I truly felt on this night that after the day I had, that I might be having a mental breakdown. Not only that but my body felt like the proverbial wet dishrag. I was in pain and had barely enough energy to make it to the bathroom.

I had this thought- “ know we aren’t supposed to kill ourselves, but what if one truly feels that they have nothing left to give to others-and at the same time feel like an enormous mountain -sized burden on the people that you love. Would it be such a horrible thing to do? Would it be such a karma-soaked basket of consequences in the next world (if there is one) or another human existence (if there is one) ?” Then I remembered the struggles of Terry Robinson. I remembered he had an awful time and had come through his difficulties and strife with a beautiful new outlook on life. I went to the page where he describes his initial breakdown:
“I woke up one morning feeling as though my body had completely given up on me. It was the most horrible feeling of hopelessness to ever touch my being. I could hardly move my limbs, and my body felt as if all the blood had been drawn from it...Later in the day I dragged myself out to the back door steps and sat there completely demoralized. I felt as if I was living in a void. In my shattered state of mind I found it hard to relate to anything except anxiety.

Terry’s words describe my own state of a few nights ago perfectly. However, even though I was still in quite a state-questioning the value of continuing on -somehow I knew I would find something in his words and thoughts to get me through the most “nightus horribilus” of my life. Sorry for the lame take on QE2’s “annus horribilus” ! And Terry Robinson being the treasure he is, provided me with a lifeline-a rope to lift myself up-whereas before I might have found an object to hang myself with.

I have misplaced the second page of this letter but the real joy for me was that I had touched base with another human being because I managed to shed a very dark cloak  at that stage in my life. And the strength that came from that experience helped me to become a lot more human.
I have been very fortunate to have a number of people come to me and say, “Well done Terry, “I love your life style.

I will finish this blog with a few words by Desmond Morris Now I understand he is referring sexual relationships, but I also believe that good friendships also fits in here. Any kind of interaction between people is also very much wrapped around harmony of some kind.
“He says,” Arrive at a state in which all contact seems repellent, where to touch or be touched means to hurt or be hurt, in a sense, has become one of the greatest ailments of our time, a major social disease of modern society that we would be well to cure before it is too late. If the danger remains unheeded then - like a poisonous chemicals in our food - it may increase from generation to generation until the damage has gone beyond repair.

This is the reason why I do my blog, and try and reach out to those who feel they want to be reached in some way. I come across people for some reason
who are afraid to become involved in a better way of life for both themselves, and others. And in many cases it's wrapped around letting go, forgiveness. Sure the pain may be great, but to hang on to it destroys everything that is built around it.
So I will leave you to hopefully pick  something from what I’ve put before you till next time.
May your days create whole truths, and not half truths. It’s only in full truth you are forever becoming.
Terry
Posted by Unknown at 18:58:00