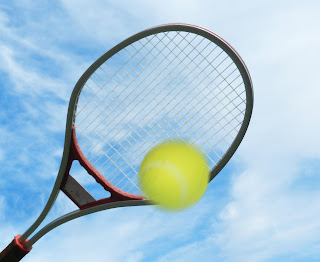 How my friend came to meet Elizabeth was just another one of those flukes of faith. He had been down the South Island to visit relations, and on his way back to Auckland, the bus stopped to pick up Elizabeth, she occupied the seat next to him and eventually got talking to him. When he heard her story, he offered her a room at his house till her furniture arrived, then she could make arrangements to have it reshipped back to Melbourne. (We either laugh or cry from one moment to the next, as life throws one thing or another at us)

After I heard her story, I offered to help out wherever I could, being the old romantic and adventurous person that I am, as she was quite good looking, and quite intelligent.
So during the two weeks she spent in Auckland I did what I could to make her stay as pleasant as possible. She met my family and some of my friends, and I took her to a few of the music venues I sing in, plus a jazz club.

She shared some stories about her life, and I did the same. I will just go lightly on the on what she told me in regards to her present situation. I don’t take sides because that would be a form of judgment. I just try to help certain people when the need arises. Yes, it has got me into a bit of strife, but so far I’ve managed to deal with some unpleasant doses of that have been laid at my doorstep, and still come out a little more aware of what God may have created me for.
Anyway after living with her new found love for about a week in Tokoroa she told me that he asked her for her cheque book. That to her was like somebody putting a noose around her neck I gathered. So the early the following morning she slipped out of the not so romantic house, and made her way to catch the bus to Auckland.


During the the two weeks she spent in Auckland, I did what I could to make her stay as pleasant as possible. She met my family and some of my friends, and I took her to a few of the music venues I sing in.
On the day Elizabeth was due to fly back to Melbourne, I drove her to Hamilton to catch her flight, and we agreed to keep in touch by phone. She informed me that she would be sharing an apartment with a friend till such time as she found a place to rent or buy. When that time came into being there was an open invitation for me to come and visit her.


A while after Elizabeth had returned to Melbourne, I found out that I had prostate cancer, and was given the choice of having an operation, or going to Melbourne more or less straight away to have it treated by a laser beam with all expenses paid. All I had to do was buy my own food. And the government also stated that they would pay for someone to keep me company for my eight week stay there. But as my family and friends were tied up with their commitments, and I didn’t know anyone in the red light district, I agreed to go on my own.
I thought to myself, this would be a wonderful way to kill two birds with the one stone. Mind you, after saying that, I only wanted to kill one bird, the cancer. The other idea I had in mind was to have a look around Melbourne, and maybe find a place to have a game of tennis, or snooker.


When I arrived in Melbourne, I got a taxi to take me to the apartment that was to be my home for the next eight weeks while I was being treated for prostate cancer, at The Epworth Center, which was just under half an hour’s walk walk, but as my right knee was playing up, and the effects of the treatment started me looking for a toilet more often than I will ever care to think about, I started to use the transport system.

At that time I had a number of the first books I had self-published about my growing years, and the six years that I spent in the R.A.F. with me. So on this particular morning while I was making my way by tram and bus to The Center, I got talking to this Irishman who was on his way to celebrate his daughter’s birthday, so I handed him one of my books to give her a little added present from a stranger. Being the impulsive guy who loves to do things out of the blue, I enjoy this kind of thing. And at the same time, sharing a little something of myself unconditionally with others. And I must also admit, there was a touch of ego and promotion thrown in s well. As Christ says, the Truth will set you free.

Then a bit later I gave one of my books to a man who like myself was undergoing treatment, and I said to him, maybe you could write your own story. About a week later I found under my door a note under my door which read, I loved and admired your story, but I wouldn’t have the guts to write about myself as you did. He was a very nice man, and in a way I felt sorry for him, and people like him, because they miss out on the things that are not attempted. There, is so much to do with your life, yet so little time. But by writing as I dd, I hope that by merely dropping a hint there will emerge some kind of delicacy for those who are near ready, to search more skillfully for The God given answers that lie within them.

Not long before I left Melbourne, I was waiting for a tram to take me to The center, when I got talking to this young lady who was waiting for a bus to take her to her destination.She told me that she had just got back from Sydney, and was very happy to be back home again. She said, I did not like Sydney, I had a bad time there. I can’t remember just what it was. I asked her did she like reading, and she said I love reading, so I gave her one of my books. She thanked me with a lovely smile on her face, and said no one has ever given her anything like this before. The her bus arrived and I gave her a hug just as she took off, and felt really blessed for that God had given me the opportunity to reach out once again to another. Moments like that stay with you forever.
So till next time around, I say blessed are those who decide to acknowledge their existence, and to go further than they think they can.