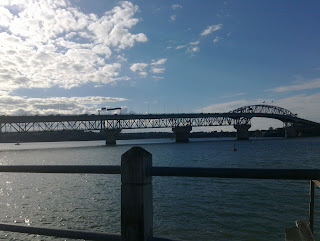 After I arrived home to my daughter’s house, lady luck shined on me once again. Having sold my car when I thought I was going to live in Australia, I now had no transport to take up in full my loving activities once more, not even enough money to buy even an old bomb. But a few days before I arrived, my son-in-law had bought a new car, and kept his old one. It was a 2-Liter Honda, so he said that I could use it as long as I wanted too.
But as life is always playing tricks on us, or maybe you could call it faith, or anything that comes into mind as the years slowly catch up on us I had my knees x-rayed, and was left with the deciding question to have one or two replacements in layman’s terms. So, not being lucky at gambling on horses or cards in my younger days, I took the shortest route, and decided one step at a time to have the right knee exposed to the surgeon’s knife, and skilled hands.
I was told that I could lose my leg. I guess the surgeon had to cover himself, but I must say that I was not impressed by that statement. Anyway not to get carried away with my emotional feelings for myself, I gave the all clear to have the job done.

About a week or so later, I got a letter to ask me if I would take part in an exercise to build my leg up for the operation. It explained that the reason was two-fold. One for their studies, and the other for my benefit. So I said yes. Anything that might help others and myself, is always something up my alley. I won’t go into details other than to say I found it tough going, apart from the swimming in the pool they had there.

Mind you I did enjoy the humour I shared with my instructors. There was only one sad event that took place during my eight week course. About four weeks after I started, This gentleman joined me going through my paces. One day as he was sitting there waiting for me to finish my exercise, he went gray in the face, and started to throw up, so the instructor did what he could, and rang for an ambulance. He was taken to the North Shore Hospital, and I later learned that he did not want to stay in the hospital, so was driven home to where he lived in Whangaparaoa, but died on the way.

You might say why did I bring that subject up, well all I can say is that it was another indication to me that life was a precious gift, and every second needed to be lived. Yes, I did have a few conversations with that gentleman in the swimming pool, but I won’t say anything about them, other than I felt quite sorry for him.

Now, I will be as brief as I can about the operation on my leg. When I came out of the anesthetic, I felt great till it wore off. What’s new you might say. Well, all I can inform you of is the experiences that was to follow. When the Surgeon came to see me the following morning, the first thing he said to me was, we had a hell of a job trying to get a catheter into your bladder. Well, I felt like saying, tough luck, what’s the good news. I needed to be cheered up as I had not slept all night. Between the noise from the nurses quarter, and the discomfort I was experiencing, I was in no mood to hear his problems. Now, don’t think for one moment that I was complaining about the wonderful nurses trying to deal with an old fogie like myself, it’s just when you’re in a sorry state like I was, you can’t see the forest for the trees. And  also understand it’s only those of you who have had similar experiences will vouch for that.

So the Surgeon gave me the rundown on the operation, and told me the procedures I would have to perform on the road to recovery. The next day he came round he noticed that I could not get the full bend on my leg. That seemed to upset him, for he said, when we were almost finished, we checked to see that your leg was responding fine to the movement that was required of it. So now we will have to work on getting the full bend on it. I require that of my patients before they are discharged.

Well to try and shorten the story, I could not get the bend required to be discharged. A feeling came over me that I was going through that place the Catholic Church dream t up called Purgatory. Between not being able to sleep most of the time, and this individual with his radio cassette driving me crazy, I felt like I was being hung, drum and quartered. He had ear phones, but never used them. One day I said to one of the nurses, that guy is driving me crazy, can you get him to use his ear phones, or get me somewhere where I can find a little peace. She said that she would talk to him. She did, but he only used them for a short time, then, then off he went back to his usual selfish ways again. And I wasn’t the only one he bothered believe me.
On the eighth day I pleaded with my Surgeon to let me go home before I went completely round the bend. He wasn’t keen to do so, but gave in to my plea.

I was told not to drive for ten days, but as soon as my daughter got me home I jumped into my little Toyota Starlet that my Son-in-law had got for me because the old Honda had given up the ghost. Boy, did I thank God for my new found freedom. Once more I realised how good it was to be able to do my own thing. Something like that moment I decided to change my life around.

I did go through a bad patch with four operations to get my water works flowing due to the treatment I got for my prostate cancer. Now I guess at 89 I’m lucky to have a bag on my leg to let the water flow into. But I won’t go there unless someone want’s to share a similar, or there about experience with me, then we can experience a little something together that could in some way benefit each other, or maybe someone else.

I can’t remember the year I decided to call myself a Spiritual person instead of a Christian. But I really believe that in some way this lay dormant in me from somewhere in my childhood, or maybe on the day I was born. But the reality of it started to surface from the time when my marriage was annulled. At that time it not only upset me, but it also my children. I believe in some way it was the straw that broke the camel’s back. From that moment, I started to look back over the faith that I had been brought up in. Confession boxes, what a hoax that was for me. Do as you like, and then get pardoned for it. A circle that keeps repeating itself is a never ending circle of hypocrisy. I tried so hard to understand the faith that I had I had been dragged up in as a child, and into my teens. Because my father was on one side of that Godless fence, and my lovely mother on the other, I often said to myself, where does God come into all of this. And when I went to see The Rev Malone to ask him why my marriage had been annulled, he just told me that the Church had found enough reason for this to take place. Had the man been more caring and human with me, I could have looked into the whole situation with a better sense of understanding. But none of that was forthcoming in any form. All there was, was a Godless sheet of cold ice laid at my feet.

Well, I said to myself, this is one brick wall I may not be able to pull down, even though it’s built on sand, so I will just have to let God and mother nature take their own course, and maybe something else will point me in another direction.
Then suddenly The Good Lord hit me where I needed to be hit. As I had taken up writing a page every day from the New Testament, I came across John 4. I had read it several times before, but was not ready to receive it as the real call of awaking that was in store for me. But let me tell you in no uncertain words, that it was the the most beautiful awaking call in my whole life. I got the answer I had been seeking all my life.

I am of The Spirit. By thinking deep within, and not from the outside, I have a sense of unlimited freedom. Everything I do is controlled by me. No matter what other circumstances may hold it together, or tear it apart. How could it be otherwise. And not only does this give me a well tuned sense of responsibility, but also the courage to take that responsibility to the farthest corner of my mind, then act on it as I think fit to do so. And if you can give me a more enlightening answer, I welcome it with open ears.
Alfred North Whitehead says; The vitality of thought is an adventure, ideas won’t keep. Something must be done about them.

Because of the things I get into help me to recognize not only my own humanness, but also that of others. Your uniqueness is just as important as mine. As I want to be all that I am, I also want you to be all that you are. That way we can both grow together. We can find answers together, but it takes effort. Sometimes, a lot of effort.
On round 11, I will leave you with these words. Finding within yourself a boldness to keep you straight on course be there joy, sorrow and strife, target your hopes and ambitions as a test between Heaven and Hell.
Terry.
Posted by Unknown at 14:38:00