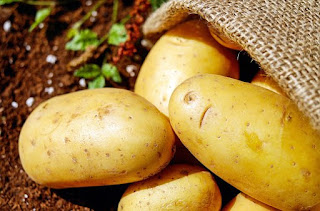 About two months after I was living in Howick, I chanced to meet a real nice man at a bus stop. Like myself he was on his way into the town center of Howick. The only difference being our destinations. I was going to have a stroll round the town center, then have something to eat, while he was going to the R.S.A. Well as you should know by now I seldom miss a golden opportunity when it comes to making new friends by trying to extend my awareness to others. There are patterns of a thousand possibilities of learning to be made aware of. Aware of situations, people's feelings, admiration for the flow of nature, and all the other bits and pieces that bring you a sense of satisfaction to help you on your way through each and every day of your life. Some may not be so good, but we have to in some way make the best of them, for if you let your sense of awareness to become dimmed for one reason or another, your growth is always going to be impeded.


So, finding out during our conversation that I played snooker, he invited me to lunch at the R.S.A. and a game of snooker. So, off we went and he signed me in. We had a very pleasant meal, then we played a couple of games of snooker. So that became a wonderful form of friendship for the short time we were destined to spend together. He also invited me to where he was living with his daughter for a meal and a chat. He lived there in the basement flat when he wasn’t living in Australia with other family.
A short time later he told me that his daughter had won a car with a raffle ticket she had purchased at a chemist. And as they had three cars, they were going to get rid of what they called the old one. So a few days later he approached his daughter and told her that I had need of a car. So she put a price on it of $1000, and I was over the moon. I had just had enough to cover the price, and tax it for a short period of time. I was told a few days later by John that she had an offer of $2000, but stuck to the bargain she had made with John on my behalf. I call that a real nice human gesture on her part.
So, for the next few months on and off, John and I did a little driving around during the day, and I started back on my late night prowls to the music world. John was not up to my late night adventures, so we just did our day time thing.


Well, it was time for change again. John was going back to Australia for a spell, so I decided to go back and live with my daughter Rachel and family. So I bid John and Kathleen a big thank you for the kindness and the friendship they had bestowed on me, and we went our different ways.


Soon after I got back living with my daughter I joined the Huapai Golf Club. I paid the fees over five months as I remember it. It was really great to be back hitting a golf ball again, and making new friends. As I had to give up tennis, at least I had something to look forward to.
Then a few months later I met one of the lady’s I used to play tennis with in Beach Haven. She asked me was I still playing tennis, so I told her what the doctor in Australia had told me, so I had to give it away. Then she said, please come down just for a short spell just for the fun of it, we would all love to see you.
So about a week later a little apprehensive I started to hit the ball around. No ill effects whatsoever. So then with that confidence boost I said that I would come back next week and try it out again. Once again I had no problem. So I said I would join up for the remainder of the season, and pay the fees over a couple of months. Well I never looked back from that moment on, and till i was eighty, I played some of the best doubles tennis I was capable of playing in different venues on the North Shore. God, how I would have loved to have gone back and told that so called doctor who told me that I would never play tennis again, that he really didn’t know all that much about the human body, or man’s faith in himself when he takes the trouble to seek it out. But another lesson evolves here. Had I enough faith in myself, I could have tested the ground that had that had been laid before me. Reason itself can be your worst enemy when you give in to it. Those who are easily convinced, build a shallow grave for themselves. I often wonder how many a sad tail people like him inflict on others with their well meaning, but at the same time, untimely prognosis.


Now that I had a set of wheels, and back living in a closer environment to all my social and family needs, I felt more at home within myself. But like so many others, I will always be indebted to Kathleen and John for their life sharing time with me. Because of them, I had become a more fortunate man than I am already. There there has been many such people like them that have touched my life in so many ways, and all I can do is to say a big thank you to them, and leave the rest up to God.
As I may have mentioned before, I try not to harp to much about myself because I don’t want to bore you with trivial things. Of course this will happen from time to time, but I’m sure you will be big enough to drop them in the waste paper basket. I do just that with a lot of stuff I come across, so the same option applies to you. And, i must express that my story is not the run of the-mill one, because I am forever changing direction. I spent far too long in that motionless place of not being really human,


I used to go quite frequently to a pub called The Dogs Bollix in Newton Auckland to partake in the Tuesday night music session with my little music egg, and sing a few songs.
On this particular evening an acquaintance of mine came in not long after I arrived and introduced me to a lovely lady called Elizabeth who accompanied him. A while later she relayed to me the unhappy circumstances that surrounded her first visit to New Zealand.
She lived in Melbourne in Australia. She related to me quite openly that she had met this Kiwi in Melbourne, and love blossoms started to fall all around her, and swept her off her feet. Well, I guess they would if you decided to put all your furniture and belongings in a container, and then ship them off to a place that you had never set foot in before, and then go and live with a guy you just met out of the blue. Strange thing love. I’d even go so far as to say, stranger than fiction at times, If I may take the liberty among its other beautiful definitions as i would be the last one to take anything from it. Well, like so many other jump in and hope for the best encounters, the blossoms soon turned to ashes in a remarkable short period of time. I’m sure you’ve heard that old saying, “To know me is to come and live with me. Well, that’s obvious without me taking sides, other than to try and help the one that’s experiencing distress. My three years in that home for destitute men in Sydney had been a great learning lesson for me in that department. The moment you let another person pass their judgment of another person on to you, you can so easily become trapped in a never, never land. Everything I really believe depends on the circumstances that surround each and every case that involves each human being. And to state a valuable point, yours are the only ones you will really have any real knowledge about. Helping other people is always a risk. You can be taken to the extremes when good intentions collapse for some reason or another. But I also believe the good will on your part, will just about always make some kind of an impact as long as your intentions are honest. But I must admit as I have done so often, that I never cease to be amazed how people and circumstances have wrapped their way into my life since I had the guts to change it around at the age of 89. And I don’t believe for one moment that it's anything to do with sheer coincidence because its been far too repetitious. But you can be the judge of that as you walk with me.
Till I come knocking at your door again, keep as songful as you can, as you move through the uncertainty that can only be yours to unravel.