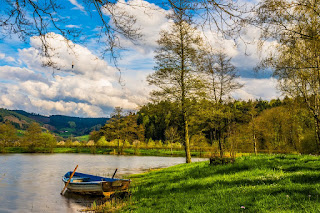 Now I am going to try and keep part of this chapter as honest and sensitive as I can, with a hint of frustration thrown in. I try my best to make a successful exit when  honesty is not met with honesty. I don’t think that you will find too much unfairness, or harsh judgment when it comes to my up and down powers of observation of the things I find hidden, then try to bring them into the light. When it comes to passing my views on the things I find near impossible to believe in, I could be classed in many ways as another Stephen from Acts six in the Bible. As Christ said, “The Truth will set you free. Yes, it may get you killed, but then you’ll be free anyway. And Victor Frankel says, “What doesn’t kill me makes me stronger.


While I was living with Kathleen I got a letter from the Tribunal of the Catholic Church of New Zealand. It read:


Well, I said to myself, what the hell is going on here with a very ironic sense of humour and curiosity running through my mind. I had separated from my wife in late 1989 after close to 34 four years of marriage. Two years later she divorced me in Civil Law, now in 1997 she and the Church wants to have the marriage a something that never happened even with four lovely children to prove otherwise.
Well, I said to myself, I’ve got to follow this one up, and let’s see whose faith is stronger in regards to God’s teaching, mine or The Catholic Church.
There has always been a lot of misgivings in my heart about the faith I had been dragged up in. My poor mother tried so hard to keep us in line with the Catholic Faith. She had been educated in a Convent, but trying to convince my father who was of the opposite persuasion brought havoc to the whole family. You’ve only got to read my book to get an idea of that.
Now, I always try to be as fair as I can about people’s religious beliefs. This is in no way an all out attack on the Catholic Church because I have seen and felt a lot of wonderful things it has done for humanity, but like all other religion’s it strongest chain at times, can become it’s weakest link. We as human beings tend to lose sight from time to time, of the real values of life. And i am as guilty as anyone else.


But what I’m talking about here is not putting the Church or my wife into any kind of a bad focus. This is something that has been festering on and off for quite some time. “Christ says, “The Truth Will Set You Free. I believe in Him, and only in Him. It is only through reading The Bible, and then writing from it that I really began to understand the real Spirituality of what life was all about for me. And whatever you may believe, in or not I respect that. So after getting that off my chest, I will get back to the follow up episode of where that letter started the ball rolling for me


I did see Sister Hannen, a very nice lady, but our beliefs were not on the same side of the fence. She certainly didn’t have that sense of human compassion that Sister Yvonne of the Matthew Talbot had. I doubt if the Church will ever make a Saint of her, But no need to worry I have. And I’m sure many others who knew her will also agree with me.
But I do understand Sister Hannen had a job to do, so I just told her what I could and left it at that to see what the outcome would be. Yes, more or less as I expected, I got a follow up letter from a man called the Rev Dr Anthony Malone O.F.O.


Dear Mr Robinson
I am writing to personally advise you that the tribunal has given a decision in the matrimonial case introduced by Sybil Vivien Robinson and the decision is ; Affirmative, i.e. it is clear about the nullity of the marriage. The whole case and the decision must be forwarded to the Appeal Tribunal in Perth, Australia: this the decision given here, then her original request is completed. Be assured I will inform you immediately once I have heard from the Appeal Tribunal.
You have a right to appeal the decision. If you wish to do this I ask you to advise me in writing within fifteen days of receiving this letter.
If anything needs explanation please do not hesitate to write to me at the above address.
With every good wish,
Yours faithfully,
Dr Anthony Malone o.f.m.
Associate Judicial Vicar.


Anyway, I did go and see Dr Malone to see if I could sort out this man made law with all it’s flaws of character defects. I was greeted by a wet handshake, and what was to follow.
As we sat down and went through a few of the Church’s guidelines, I said to him. So, now my children are all to become bastards if the Church and my wife have their way. He got up from his chair quite agitated saying, No, No, not in the eyes of the Church. Then I said to him, who passed judgement on this worldly wisdom of the Church. He said three men of the cloth. I said could I speak to them. Another big No, No, It was then I suddenly realised before I let myself be wound up to that place where nothing sensible was going to come of all this. It was time to leave. One thing I had learned if nothing else, that in the heat of any kind of emotion, your judgement tends to waver, so you’re better to walk away under the sun of reason.
Till next time around, try to enjoy that sense of reason you are capable of making for yourself.