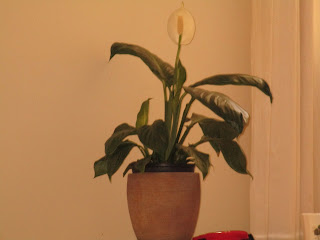 About two weeks later my left shoulder was giving me problems. I could not afford to play golf, but tennis, snooker and table tennis were still available to me. So I took myself off to the medical center in Newtown, and later after having an X-Ray on both shoulders, I was informed by the doctor who sent me that I had arthritis in both my shoulders, and that I would have to give up playing tennis. I can’t really put into words my feelings at that particular moment because it seemed to be one thing after another was grinding me down, and down, and down.
Thought I couldn’t understand it at that time because of the emotional strain I was under, another very important lesson was coming my way. I will try and make that clear later.

So, a few days later I realised the writing was on the wall for me. Do I move out of Sydney and try my luck somewhere else in Australia, or head back to familiar territory. So, I put what pride I had left behind me, and went back to New Zealand. I am not a quitter by any means, but sometimes discretion is the better part of valour. I think this poem I call” To Hunt or Free Me.


Whatever comes to hunt or free me can
take some time to figure out if that’s
at all possible, but one thing for certain
I’m never the same after each episode.
But then again, if I’m not here for
change, what am i here for

When I got back to New Zealand I was offered a change of scenery. A lovely lady whom I will call Kathleen because I don’t have permission to use her name, offered me a room in her house in Howick. It would have been in my circumstances more sensible to stay with my daughter in Birkenhead closer to just about everything I needed, particularity not having a car, but as you should know by now, I am not a sensible person. And in all probability that’s why I love that saying, “Life is too serious to be taken seriously. If I thought that, I would have given up a long time ago. Anyone thinking of suicide, might like to think about that saying if you don’t mind me saying so.
That zest for adventure was still flowing in my veins. What I had to try now was to keep my expectations at bay. It’s not easy I will agree, but at the same time your expectations can be a soul destroyer.
This move turned out to be a lot more beneficial than I ever dreamt it would be, as you will see if you are still with me. There are a lot more undercurrents in my story than you may realise. And also I beg you to realise, that only those who are willing to take risks, will appreciate where I’m coming from. My story is all about trying to help others to believe in themselves. It took me a long time, but believe me it’s well worth that inner trip. I call it an inner trio, because it’s all happening within you. Where else could it take place,
Before I go any farther, if you haven’t noticed by now has a lot of repeats in it due to the fact that I get carried away by not going over what I have written. A lot of what I have written is coming up again. So I had to make a decision, do I carry on, or try and twist things around to suit those of you who read my blog. So I put my pride in my pocket and decided to carry on with story overlapped as it may be. There are two reasons for this. One is that I don’t really care what people think. And the other is to make a little book of it by having a cover designed by my daughter, and doing a cheap staple job on it. Plus I will give it a bit more uplift with some of my poems and quotes. To increase self-confidence one must always be adding something new to one's life.

Now, I would like to share something that made me do a lot of thinking when I was in the process of changing my life around. The punch line comes at the end of this simple story called,”The Little Prince. It was written by Saint Exupery. The story is built around a wondrous little boy and a fox. Please let your mind be open to this as best you can.

This little boy lives on a star, and he has nobody or nothing on the star except a great baobab tree and a couple of volcanoes. For instance, he loves sunsets because they’re both beautiful and a little sad. Because the planet is so tiny, every time he moves his chair, he can see another sunset, and so he can see as many as forty four sunsets a day.
One day a little seed comes, and he watches it grow into a rose. He watches it intently as it blossoms and becomes a gorgeous flower. He has never seen a rose, and along with becoming beautiful, the flower becomes very vain. She preens herself, and says, “Protect me from the sun, and “Protect me from the wind, and she is literally driving him mad until he decides that he doesn’t understand her at all. He leaves her and flies down to other planets to gain wisdom by finding out about love, life and about people. He encounters some pretty strange things.
On earth among others, he meets a very wise individual, a fox, and the little fox says to the little prince, “Tame me. The little prince says, “well, i don’t know what that means. What does it mean to be tamed? And the fox tells him how to form relationships with people, how to get into people, how to care. The little prince says, “If I tame you, remember that I can’t stay with you very long. I”ve got to go away. And the fox replies, “Indeed, when you do, I’m going to be very sad, I’m going to cry. The prince asks, “Why on earth would you want me to tame you if it is going to cause you pain? And the fox says, “It’s because of the colour of the wheat fields. And the prince says, I don’t understand.

I do not eat bread. Wheat is of no use to me. The wheat fields have nothing to say to me. And that is sad. But you have hair that is the colour of gold. Think how wonderful that will be when you have tamed me! The grain, which is also golden, will bring me back the thought of you. And I shall love to listen to the wind in the wheat.

And so began the ritual of taming, which is the beautiful ritual of getting into each other.
So the little prince tamed the fox. And when the hour of his departure drew near, Ah, said the fox, I shall cry. It is your own fault, said the little prince. I never wished you any sort of harm, but you wanted me to tame you. Yes, that is so, said the fox. Then it has done you no good at all. It has done me good, said the fox, because of the colour of the wheat fields. And, then he added. Go and look at the roses. You will understand now that yours is unique in all the world. Then come back to me, and I will make you a present of a secret. Then the little prince went away to look at the roses. You are not at all like my rose, he said. As yet you are nothing. No one has tamed you, and you have tamed no one. You are like my fox when I first knew him. He was only a fox like a hundred thousand other foxes. But I have made him my friend, and now he is unique in all the world. And the roses were very much embarrassed. You are beautiful, but you are empty, he went on. One would not die for you. To be sure, an ordinary passerby would think that my rose looked just like you, the rose that belongs to me. But in herself alone she is more important than all the hundreds of you other roses, because it is she that I have watered; because it is she that I have put under the glass globe: because it is she that I have sheltered behind the screen: because it is for her that I have killed the caterpillars (except the two or three that we saved to become butterflies) because it is she that I listened to, when she grumbled or boasted, or even sometimes when she said nothing. Because she is my rose.

The bell that rings for me is that what is essential is so vast and constantly changing, but we lose sight of it because of our perception. Our fixed minds. More is going on in our lives than we will ever have time to really understand because we limit it for one reason or another.
Wonderful things are out there, and always have been, but we seldom take the time to discover them And, you might say, how do I find the time because of one reason or another. All I can say to you with all my heart, please find that special time. Every path in life takes you to some place of advantage or disadvantage, and both can be as much a blessing as the other. And if we part company by giving each other something to hold on too, then we must have connected.
Terry
Posted by Unknown at 18:20:00