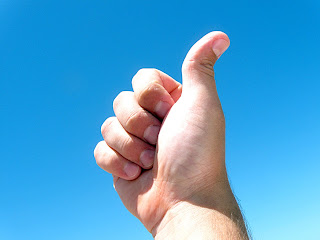 A Buddhist teacher once said, “Let go. You can’t change the distasteful memories of what has been inflicted upon you, whatever the reasons may have been behind them.
“I Couldn’t agree more. The less sacks on your back, the easier it is on your whole system. Christ was into that one.
I meet and hear of many with that complaint, I guess history could have been written in many different forms on that topic. If the undercurrents of truth had been put in its proper place history could have been placed on a different footing. As someone once said, “History is not what happened, but what’s been written about.


But in the all over currents of history yours and mine are the most important ones that will matter to us. The things we are capable of putting into practice, then following them through without any kind of expectations. The ones God eyes will fall upon, not man’s. Man tends to lose himself, in himself when he fails to let God guide him in his hour of real need. Mind you most of us are just about in need of some kind. And I am not trying to enforce God into your life, just asking you to look deeper for that great gift that is in offering for all of us. I have learned that just by helping someone over some kind of a hurdle God is always behind you. You don’t have to go to the Temple, Church or Mosque to be the good Samaritan, just look around you to lend a helping hand. I remember when I was touring Ireland by car I was gifted to be able to lend a helping hand on a number of occasions. One I will mention because I got a lovely letter from this young man I gave a lift to.


As I drove into Donegal I hit out for Letterkenny to have a bite to eat. Then looked at my map and and pictured in my mind my next port of call for an overnight stay, “Dungloe. As I was leaving the town I spotted this young man looking for a lift, so I stopped and told him where I was heading. He said, “If you could drop me off at a certain spot I can hitch another ride from there. “ So off we went. He asked me about myself and quite openly I told him. He said,”You're very easy to talk to, “ and opened up about his life. He said he’d become a born-again Christian after being through a lot of unpleasant experiences.
He lived in Northern Ireland and was visiting some friends or relatives in Donegal. He was going with a young lady, but was having second thoughts about the direction that was taking him in. When we got to the spot where I was to drop him off I said, “ I’m in no hurry, let me take you to where you need to go. “ He said he’d be very grateful as it just started to rain.
When we reached the house where he was staying we talked for about half-an-hour or so before he took his leave. I pointed out a few things relating to his new set of beliefs and told him to tread very carefully, as just about everything you think about, or think you see, is not what it is really all about.
To understand life to whatever degree you are able to you must keep a very open mind about everything that is thrown at you. And when it comes to making choices, they must be yours, and yours alone. Never be influenced by what’s out there but by what’s inside you, otherwise you’ll get lost.
He thanked me and asked if I would write to him. I said I would.


A while after I got back I wrote to him, and here is his reply.


“Thank you, thank you so much for your sweet words to me. It was as if an angel had written them. You spoke directly into my circumstances and assisted me in a difficult choice.
Basically, I had to choose whether to continue a relationship with a girl who also loved The Lord or break it off.
My inner heart had been telling me this since the beginning, but I was attempting to live external guidelines which was not the word of God. You spoke of being true to one’s self and to lead from the heart, enjoy life, to be creative. It confirmed many things that I felt. Basically, you gave voice to my feelings.

C.S. Lewis said that two unhappy people in love would rather stay together than suffer the heartache of breaking up. I know now what he meant. It is so hard to separate from a female even if you are not totally compatible because of the emotions involved. I do thank God that He’s helped me fill the void inside myself. The Scriptures say God is close to the brokenhearted and to those who are crushed. God has blessed me with regards to college fees so I’d like to give Him Glory.
I was glad to meet you; I told my friends all about it. You are a unique individual and a giver. You also came across as an intelligent guy on some profound course of life. I pray you continue to rejoice in life because God made all things for us to enjoy. Christ came to give His Life and to give it to us more abundantly.


I believe it's the little things we do for one another that bring the most blessings into our lives. I think about that man from time to time and pray he hasn’t lost that beautiful simplicity.

Had a nice moment of rubbing shoulders with a Monk just recently. I had just parked my car at the shops in Birkenhead, and was walking up the street looking for Bill the barber's premises when a young man approached me and said he was a Monk. So being the person I am we started to chat. He seemed to like what I had to say, and I enjoyed his youthful approach to life. So when we parted I took one of the books he was selling and gave him ten dollars along with one of my cards and asked him to contact if he felt inclined to do so. He said he would, and we shook hands and parted.

So out of nowhere I had made contact with with another human being. Another precious moment in my life.
A few days later I got an email from him to say Yes, you are welcome to put my name on your blog.

How we touch each others lives brightens the torch of a common good if we allow it to do so.  I guess it's all about the real meaning behind the force of good will we are prepared to put into it, that will make it worthwhile. It only takes a spark to ignite a forest fire, or a commonwealth of love. The fire will go out, but the love remains forever.
Till next time live as well as you can. The person who lives well, will have good reason not to doubt his wisdom
Terry.
Posted by Unknown at 13:17:00