Beginnnings 7 - It's never too late 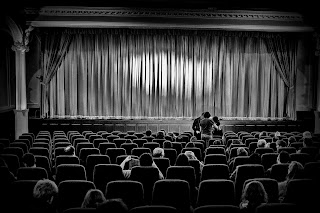 Greetings one and all. This week or whatever time you might like to call it because time is really only one thing or another. What is really important is what we do with it. How prepared we are to become involved with it. So, as you have already read what I’ve thrown into your path, you must be now well aware how I have tried to embrace the pursuing of nearly every moment  The Good Lord has placed in my path. If you haven’t formed some kind of opinion from what I have opened up to you by now, there is little chance of us ever touching base with one another.

But should there be a slim chance, it will be my pleasure to keep trying. If the disciples could make it their life’s work, who am I to even think of complaining in any direction I may choose wander into.


This week I will start on relationships. I was talking the other day to my sister Ann in Toronto and looking for the date, month and year that my Mother and Father passed away. This came about as I lay in bed about a week ago. And what prompts these things to come to the surface, only God is aware of as near as I can put it. I’m quite sure many of you will have experienced similar such things. Anyway, I not only got the dates of her, but she added something beautiful and warm as well as the information I was after. She told me that Dad had given up drinking six months before he died, and from that time on he would take my Mother to watch a film every Saturday.


That really touched me in my soft spot. Looking back after all those years of such unnecessary pain she had to go through because of my father's drinking as I have already stated in my book, here and behold there evolved six months of real relationship. My mother actually missed him when he passed away.
I won’t make any further comment on that, I will just leave it to those of you who have your heart in the right place, or maybe have had some kind of such kind of experience.


I went to see the book publisher yesterday on the 7-6-2016 about getting my 100 page book published. And I was fully equipped nether with any kind of excitement or possibility of having them accept it and I was not a bit disappointed when I was told how much ten books would cost me. The woman that interviewed me was very nice, and so was the man that told me a rough estimate of what the cover would cost as cheap as he could do it. So I thanked them and said I would come back and let them know.

Yes, last night in bed where I do a lot of my homework I thought to myself after the previous experience I had with getting the first two books self-published. No, there has to be another option, take your time and let it happen very naturally. I really believe if you haven’t learned from previous experiences, you will just fall into the same, or near same experiences.


When you want to connect with others, you must be the main force behind it. Depending on others no matter how well they mean, will never produce the same effect that you have to sincerely offer.

So, I will look at having my book put onto E-Book, or just put it on my blog. I am in no way after fame or fortune  as those of you should know if you read my books. If I can just help a few people here and there, I will have achieved more than a life’s ambition.

I will finish for this week as I have just received a phone call from my sister-in-law Joan to say that my brother has just had a close call, and is in hospital in Dublin. I would appreciate your kind thoughts for him.
Terry
Posted by Unknown at 21:29:00