Sorry, but I did make a statement I was going to wind up my blog on Beginnings number 3, but I have decided to fight my health problems as best I can, so now with God’s help and my good friend Patrick O’Reilly, I will do a weekly blog post that might be of interest to those of you who read it. They have certainly been of keen interest to me and the lifestyle I try to follow.
And the entries will be of a mixed bag, but then isn’t that what life is all about in some way or another.

I am going to start with Sunday the 12-4-2015.
As you should know by now I have a great passion for music, I decided with the help of my good friend Patrick, to explore the possibility of obtaining a good quality….. (Beginning of an earlier entry) 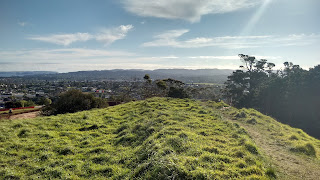 Today is the 11-11-15. Getting started on my blog on the 12-4-2015 got knocked on the head due to a health problem, and was followed by computer problems plus a lack of drive on my part to get the wheels turning again. But I am up and running again with what I believe will be a few things for those of you to chew on if you’re open to what I have to say. Being very honest person I am ready at any time to be challenged for what I say and do. So here is a golden opportunity for anyone with guts to tackle what I have to place before you.

Firstly I am going to throw out a challenge for someone with a clever honest brain and heart to have a look at making a movie of the book I wrote about part of my life. Mind you that is only the tip of the iceberg as there is a lot more to me than just what I have written in that book. Where will you find an 88 elderly person that can captivate an audience singing unaccompanied, write quotes, poems, play snooker, a little golf and a few other things that  I could surprise you with.

I know that the country I was born in has given me no support in my contribution to mankind. But Thank God New Zealand and other parts of the world are opening their doors to me.

I wrote two letters to the Pope about having the annulment on my marriage revoked. The first letter never got answered, so I put a trace on the next one $44, and low-and-behold got a letter eventually not from Rome, but from The Archbishop of Auckland telling me that someone in Rome had asked him to write to me concerning the letter I wrote to The Pope. Well I can tell you that I was highly insulted that someone in The Vatican had not the decency to acknowledge my letters with a courteous simple reply to say that they had received my letters, and if possible try and let the Pope cast his eye over them. A very simple request I believe not only in the eyes of my fellow human beings, but more important before the eyes of God since  annulment is man’s choice, certainly not God’s.
And I have no intention of giving up on closing this loophole as long as I am still qualified to do so. And please understand I am not trying to interfere in the lives of others who well may be satisfied with the cop-out of annulment, just myself.

So I will leave you with what I've honestly spoken out and see if there might be some fireworks coming my way which I will be well capable of putting out with the help of God Himself.
You can accuse me of certain things I put before you, but I will not accuse myself. Only God has that privilege.