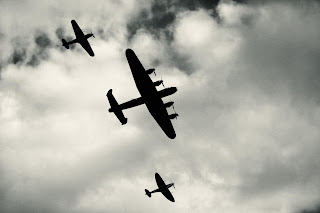 Our inability to form some kind of bonding with others leaves us in some very lonely places. Through no fault of my own as a child growing up into my teens I became aware of this because of my father becoming an alcoholic. My mother was a wonderful support in every way she could possibly be, but being put down by my father, as well as being fearful of him, took its tole on my ability to bond with others.
Running away at the age of seventeen and joining the R. A. F. was one of the best thing that could have happened to me.

Even though I felt very inadequate because of the very little schooling I had received, the comradeship was to become a great blessing in the years to come. I also felt more like a human being than I’d ever felt before. And I also came to realise in later life that decision I made, or was forced to make was to become the salvation of my life. And even though I didn’t realise it at the time, that decision implanted somewhere in my subconscious was to tell me at a later date that if I could make a decision like that, I could somewhere make similar ones when it became necessary, and of course it did. And that eventually was to become the crowning glory in my life.

I will follow that up with a few further extracts from my book “A Walk With An Irishman. Maybe it will give to those of you who are a little curious a taste of  what you could get into, should you feel a longing to make a decision that could bring a great change in your life. And I promise you as far as I am allowed to make promises, that you will never regret it, providing you have the will, and the love to follow it through.

Dublin
In late of 1989 I received a letter from my brother Ken asking me if I would come and visit my remaining family in Dublin. He said if you can pay for your flight to Dublin you’ll have somewhere to stay and we’ll give you some spending money. My other brother Gerald had a three bedroom house with only himself living there. It had been the family house, so Gerald could be classed as the last of the Mohicans. I could have said the Robinson's but that sounded a bit dull. This house had to be one for the books. It was the only house we didn’t get kicked out of because my father was actually in the process of buying it when he died. that’s a little bit of history the Robinson's will always relish.

I talked to my daughter Rachel about Ken’s offer and she arranged for her husband -to-be to lend me the money for my airfare. She said, “Dad, this is just what you need” Rachel herself hadn’t long been home from visiting my family in Dublin, and she had the time of her life there. The family had fallen in love with her the moment she arrived for she’s a true Irish Colleen with all the trimmings to go with it.
When I told my wife about Ken’s offer, she said, “I won’t be going. “ I said to myself ‘How right you are! The only member of my family my wife had taken to was my mother, and even that was low key.

Whenever I’d slipped down after work when I lived in Dublin to have one of those lovely mother and son moments, and give her a few bob when I had it, I’d have to tell a few lies when I got home to explain why I was late. Just the very thought of travelling on my own was sheer heaven. On your own you can go any time you like or anywhere you like.
I was now well on the way to ending my legalised drug addiction. It had been quite a battle, but I was feeling very proud of myself knowing I’d soon be completely in charge of my mind and body. The timing for my trip was just about as perfect as one could get it.

I’d given up trying to wear my dentures but didn’t even give it a second thought. I don’t need them to tell you who I really am. If people have to put on an appearance to please others then I feel very sorry for them. In many circumstances we really only suffer because of the picture in our minds. So with the bit between my gums I flew back to the land that I was born in.

On the first stage of my flight I fell into conversation with the two women beside me. I said, “Don’t expect a big smile from me, “ and related a little of my bad experience with dentures. They both said they’d never have noticed if I hadn't mentioned it. ‘That was a boost for my morale. Very discretely in the course of our conversation they asked me to share something of myself with them. I guess my enthusiasm must have aroused their curiosity. I gave them an honest run down of where I was coming from and of all the excitement that was building up within me at the thought of seeing my Irish family in Dublin again. I can’t remember where they were bound for.

As we flew over the mainland of England on the last stage of my flight, memorise of the days I spent in the R.A.F. began to circle through my mind. It was as though I was revisiting the past. What pleasant memories they were. It was a long time since I’d felt as happy as I did at that moment. And what made it so worthwhile was the fact I was no longer under orders from anyone. I was a free agent responsible to God and myself. Nothing but death or some kind of immobilization could stop me now. Jesus had already paid the price for my freedom, all I had to do was gather it in and lay the results at His Feet.

After passing through customs at Heathrow I boarded a plane for Dublin. I was quickly into conversation with one of my countrymen sitting beside me, but can’t remember what we talked about other than telling him how excited I was about my homecoming. As we approached Dublin airport I was really choked up with indescribable emotions, as you can well imagine. I was about to land in the country that not only gave my mother the labour pains of my birth but gave me the pain i had to go through from childhood to manhood.

That was only a momentary recollection, however. Things were becoming less clouded in my mind’s eye as the new days of my life unfolded before me. A great sense of adventure was taking place inside of me as I was beginning to realise that I had many possibilities to build on. But, mind you, that brought its own scary moments of doubt with it. At the age of sixty there was no way I could be classed as a knight in shining armor, no teeth to give you that amorous smile, no great gift of self-confidence, and a mind and body pretty scared because of my incompleteness.

Now, however, I had a chance to try to redeem myself, and as you read on I think you will have to agree I gave it my best shot. And even if you don’t, I do.